It is Never too Late to Change Direction

It is Never too Late to Change Direction

No sensible building contractor begins a house without a blueprint. If he does, it will be obvious in the end that there was no plan. You may smile at this, but unfortunately, many individuals go through life without a plan, which can end up as disastrous as building without a blueprint. In fact, it is a much greater tragedy, because the value of a house cannot be compared with the value of a life. A house, for whatever purpose, is temporary; a life has an eternal purpose. 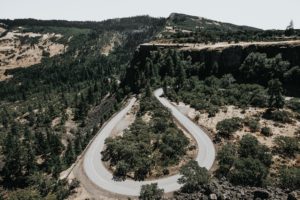 You may agree with what I’m saying, but perhaps you’ve made mistakes of you think your situation can’t be changed. Are you now reaping the result of living years without goals? Maybe you’ve just become a Christian, and you see that your goals have all be wrong. Is it possible to start over again? Well, let me tell you about a man who did.

This man’s name was Saul. At the height of his career, Saul had his eyes “opened” to see that he was building his life on the wrong goals. Saul had firmly set goals he thought were right, and he was ardently fulfilling them. However, his goals were all wrong, which is as bad as having no goals at all. This was the same Saul whose name Jesus changed to Paul, the same Paul who wrote most of the New Testament! It certainly wasn’t too late for him to set new goals and change his life, just as it isn’t too late for God to work a turnaround in your life.