Why is one hour of such extreme importance?

Why is one hour of such extreme importance?

Then He came to the disciples and found them sleeping, and said to Peter, “What? Could you not watch with Me one hour?” Matthew 26:40 NKJV

Jesus had called his disciples to pray with Him for one hour. Why is one hour of such extreme importance? Why did He call them for exactly one hour? Because if they had prayed for one hour, they would have been kept from temptation. Jesus later told Peter that he would not have denied Christ if he had spent that time in prayer. 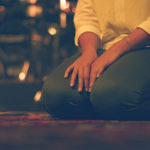 Jesus has again given us authority in His name to name things. We can name our day, and our day will get in line with what we name it. Take that early hour of prayer. It can keep your whole day in victory.

Help us daily to have an early time in prayer to set our day off right and give us a day of victory.