Put on the whole armor of God, that you may be able to stand against the wiles of the devil. (Ephesians 6:11 NKJV)

How can we stand against the wiles of the devil if we haven’t put on the whole armor of God?  In Ephesians 6 we read about seven pieces of armor.  We need each one of them.

Each piece of armor is offensive, not defensive.  There is nothing to cover our backs because we can never turn our backs on the devil. 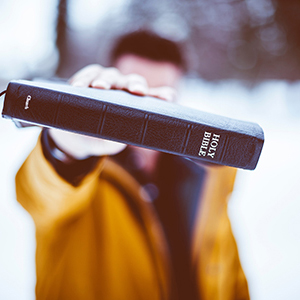 Our orders are to “occupy” until Jesus comes (Luke 19:13b).  OCCUPY is not a passive verb, nor does it denote a defensive position.  Rather, it denotes action—an active stance—an offensive maneuver.

Then Ephesians 6:13 says, “having done all, to stand.”  When I looked up the word STAND, I found that it means “to stand as a conqueror.”  We stand as conquerors—soldiers who have already won the battle.

What are our orders from the Lord?  First, put on the whole armor of God—be prepared!  Second, take the offensive—move forward with God as your Captain!  Third, occupy the land—until Jesus comes!  Fourth, stand as a conqueror—the battle is won!