Build Up or Tear Down

Build Up or Tear Down 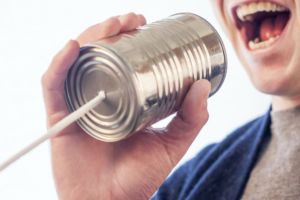 “If anyone among you thinks he is religious, and does not bridle his tongue but deceives his own heart, this one’s religion is useless.” (James 1:26 NKJV)

One day the Lord spoke strongly to me about my tongue.  He told me that I had begun to listen to bits and pieces of gossip about people and then repeated it.  I had developed a critical attitude.  Instead of praying for these people, I was talking about them.

God directed me to scripture in Ezekiel that says the Lord was looking for a man/woman to stand in the gap of the hedge.  God chastised me for becoming a “gap finder,” rather than a “gap stander.”  Then He reminded me about some people with whom I had been very angry.  These people had gossiped and said untrue things about the ministry.  God said, “You reap what you sow.  You have gossiped about others; now others are talking about you.”

I repented deeply and asked the Lord to help me daily with my tongue.  The sins of the tongue are among the most serious that we commit.  The tongue can build up or tear down.  It is so important to ask God for help in bridling our own tongues.

Help us guard our mouths today.  Check us if we begin to talk or criticize.  Remind us that when we sow gossip or criticism, we also will reap it.  We cannot afford such an expensive harvest.