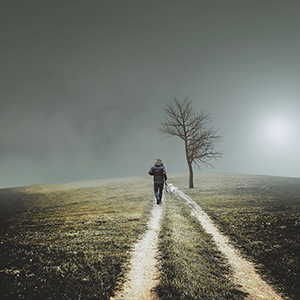 Have you ever looked at photographs of our President BEFORE their term of office began and then AFTER it had ended?  Some of the men had, during that time, visibly aged YEARS beyond their actual stay in office.  Each man had carried the cares of an entire nation of his back.  The extreme MENTAL worry had caused a very PHYSICAL deterioration.

When you worry, you are carrying your cares.  Worry is very dangerous.  Your body, mind, and emotions were not designed to carry worry.  In some cases, worry causes mental breakdown and physical collapse.

Today let’s cast our cares on the Lord.  I want you literally to do this:  lift your hands up as though you were holding all of the cares and worries that have plagued you.  Say, “Lord, I cast all of my cares upon You.”  Literally take your hands and CAST those cares upon the Lord.

Now wave at those cares and say, “Good-bye, cares.  You are not mine.  You belong to my heavenly Father.”  He will take care of YOUR cares and turn them into a blessing.

Today we are not going to worry.  We thank You for making provision for every area of our lives.  We believe that You will take care of the things that concern us.