Look! The Lamb of God

Look! The Lamb of God 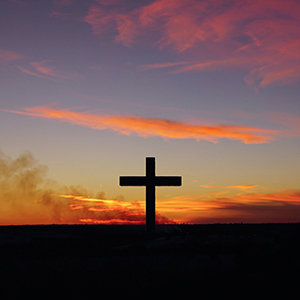 The next day John saw Jesus coming toward him and said, “Look, the Lamb of God, who takes away the sin of the world!” -(John 1:29 NIV)

The Lamb is a symbol of sacrifice throughout the entire Bible.  Revelation 13:8 even refers to Jesus as “the lamb who was slain from the creation of the world.

In Genesis, in the story of Cain and Abel, Abel brings a lamb from the flock and his sacrifice was acceptable to God.  So, we see that the Lamb is a sacrifice for us as individuals.

In Exodus, each Israelite family sacrificed a lamb and smeared its blood on their doorposts so that the death angel would pass over their houses and not take their first born.  Here we see that the Lamb is for our family.

John the Baptist, however, had the greatest revelation of all.  He said, ‘Look at Jesus!  He is the Lamb, but He’s the Lamb for the whole world!’

Lord, I declare that Christ is the Passover Lamb for me, my family, my nation and the world!