The Mysteries of God Revealed

The Mysteries of God Revealed 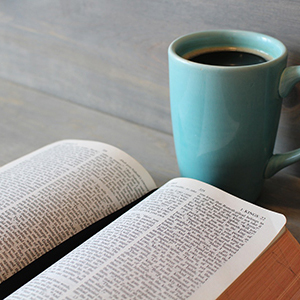 And He said to them, “To you it has been given to know the mystery of the kingdom of God; but to those who are outside, all things come in parables…” (Mark 4:11 NKJV)

I have found that God does not want His Word to be a mystery to us; He wants it to be a revealed truth.

When I find passages that I don’t understand in the Bible, I write a question mark beside them and ask the Father to reveal the answer to me.  If I’m patient, eventually God will give me a beautiful revelation.

Once I didn’t understand why God had not allowed Moses to enter the Promised Land.  I knew Moses had been disobedient when he hit the rock twice (see Numbers 20:11).  But if I had been Moses and was forced to listen to a bunch of complainers for forty years, I would have been tempted to hit the people instead of the rock!  So, I put a question mark by that verse and asked the Lord to give me a revelation.

The Lord said to me, ‘Moses DID get to enter the Promised Land!  Moses went in on the Mount of Transfiguration with Elijah and Jesus.’  I turned in my Bible to Mark 9 and there is was:

There he [Jesus] was transfigured before them…and there appeared before them Elijah and Moses, who were talking with Jesus.  (vv. 2, 4)

And the Lord said to me, “With whom would you rather enter the Promised Land—murmuring Jews or Jesus?”  And I thought, “You win, You win!”

Isn’t that awesome?!  We know the mysteries of God through revelation knowledge!

Dear Heavenly Father, open my eyes to behold wonders from Your Word today.  Give me hearing ears and seeing eyes to receive the revelations that You have for me.  In Jesus’ Name, Amen.