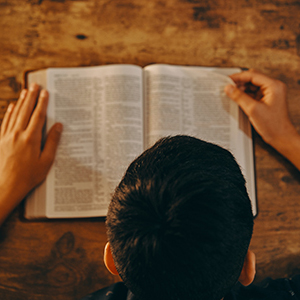 The Lord came and stood there, calling as at the other times, “Samuel!  Samuel!” Then Samuel said, “Speak for your servant is listening.” – (1 Samuel 3:10).

The first time God spoke to him, Samuel was young and he didn’t yet know the voice of the Lord.  So, when he hears a voice one night that says, “Samuel, Samuel,” he thinks it must be the priest Eli calling him.  He runs to Eli and says, “Did you call me?” Eli said he didn’t.  So, Samuel goes back to his resting place beside the ark of the covenant in the house of the Lord, and the voice speaks again, “Samuel, Samuel.” Are you getting this?  God is calling Samuel by name!  But Samuel still thinks it is Eli, so he goes to him and says, “Did you call me?” And this time, it dawns on Eli that God must be speaking to the boy.

The key to learning the voice of God is an understanding that God wants to talk to us, to lead and guide and direct us.  It’s a challenge to be sensitive to the voice of God, but we can learn to hear it.  I admit and I don’t always recognize that “still small voice” within (see 1 Kings 19:12 KJV) as God’s voice, but I so love to hear it!

Dear Heavenly Father, I know that You want to talk to me because You sent Your Son Jesus so that we could talk to You in the flesh, and You sent Your Holy Spirit to be the still, small voice that speaks to us within.  Help me have ears to hear.