Is the Bible still relevant today? In this episode of #AskMarilyn, Marilyn  answers that question!

Your words were found, and I ate them,
And Your word was to me the joy and rejoicing of my heart;
For I am called by Your name,
O Lord God of hosts. (Jeremiah 15:16 NKJV)

Some years ago, Wally and I were on vacation in New Mexico. We had left a horrendous problem in our office, and though my body was in New Mexico, my head was still in Denver. I was in torment, and the Lord told me, “Read your Bible.” I thought, “Lord, read my Bible? I read my Bible all the time. What are You saying?” 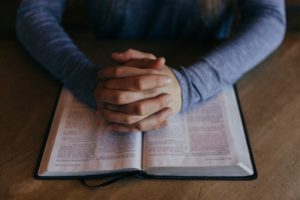 When we went home, the Word was so strong in my heart that I began to understand our problem clearly. Six months later it was beautifully resolved.