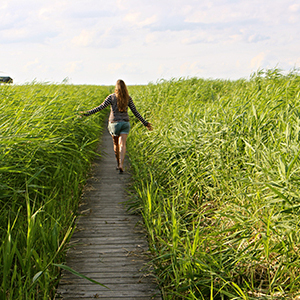 Moses was forty years old when he stood up for who he was a Hebrew man; his actions resulted in his exile.

Moses was eighty years old before he came face-to-face with God at the burning bush, where he decided to follow wherever God might lead him and do whatever God might ask of him.

By faith Moses led the children of Israel out of Egypt and toward their land of promise.

Moses’ parents, Amram and Jochebed, very likely did not live to see Moses become the man of faith who led Israel out of its bondage in Egypt.

But that’s real faith—they did not see and then believe.

They believed for what they had not yet seen, and they never stopped believing.

What are you believing for?