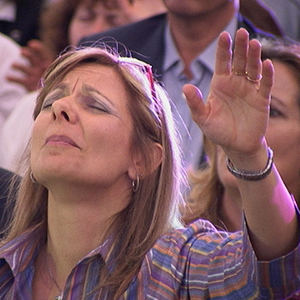 Then Samson prayed to the Lord, “Sovereign Lord, remember me.  Please, God, strengthen me just once more, and let me with one blow get revenge on the Philistines for my two eyes.” Judges 16:28

Are you familiar with the story of Samson and Delilah?  Samson had an anointing of physical strength to overcome the Philistines, but Samson had a weakness for Philistine women.  He got involved with a woman name Delilah, who seduced him to find out the secret of his strength—it was in his consecration to the Lord, which came with a vow to never cut his hair.  While Samson was sleeping one night, Delilah had his head shaved, and when she did “his strength left him” (see Judges 16:19). She sold him to the Philistines who gouged out his eyes and put him in prison to work.

After some time, the Philistines brought Samson out to the temple on the day they were to worship their god, Dagon.  They were praising their god for delivering Samson into their hands, but they didn’t know that Samson had repented.  He prayed and God’s anointing of physical strength came upon him.  Samson pushed on the support pillars until the whole temple came down on top of him, and the Bible says he killed many more Philistines in his death than in his whole life.

When we look at this it is easy to think, “Oh Samson, how sad that you had to learn the hard way!” But in Hebrew 11, we see that Samson is in the hall of fame of faith.  And not only that, but only Samson’s acts of faith were recorded, not his moments of failure.  When I first saw this, I said to the Lord, “Why don’t You list anyone’s failures in Hebrews 11?  None of these people were perfect!” And God said, “Because I remember your faith and I forget what you repented.”  Isn’t that good news?

Dear Heavenly Father, I declare that through my repentance and the blood of Jesus, You remember my failures no more.  Thank You for Your forgiveness and for remembering my faith!