When Things are Going Badly

When Things are Going Badly 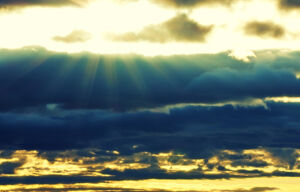 In those days there was no king in Israel, but every man did that which was right in his own eyes. Judges 17:6 KJV

We are told in Judges 19-20 the tragic story of a priest who gave a group of Benjamites access to his concubine in exchange for a room for the night.  The following morning, the priest found his concubine dead.  He returned home, cut her into 12 pieces, and sent one section of her body to each tribe of Israel, along with this message: “This is what the Benjamites have done to my concubine!” What a gruesome story!

Why did God let the Benjamites win?  The Bible does not give us a direct answer to that question, but the more I have studied this passage, the more I have concluded the reason may have been that the other 11 tribes of Israel had moved so far away from God that the powers of darkness had overwhelmed the nation.  They were acting according to their own understanding of what was right.  They had no reliance upon God and they failed to seek God diligently before they went into this battle against one of their own.  It was only when the “children of Israel arose, and went up to the house of God, and asked counsel of God” that the tide of war began to turn (see Judges 20:18 KJV).

When things are definitely not going our way, we need to find out why.  But we need to seek God’s opinion, not human understanding.

Jesus, when things are going badly, I will look to Your Holy Spirit for wisdom and guidance!