Do the Natural, See the Supernatural

Do the Natural, See the Supernatural 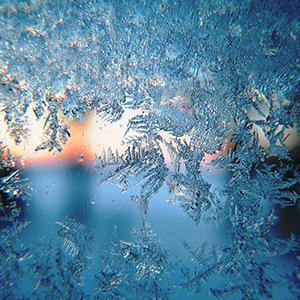 Then he went out to the source of the water, and cast in the salt there, and said, ‘” Thus says the Lord: ‘I have healed this water; from it there shall be no more death or barrenness.’” 2 Kings 2:21

Immediately after Elisha becomes the prophet-in-charge, the people come to him complaining about the terrible tasting water.  Elisha takes their plea to God, and then relates God’s instructions to the people: “Bring me a new bowl and put salt in it” (see v. 20).  The people didn’t say “that’s crazy,” they just obeyed.

God’s instructions seemed kind of silly, but Elisha was believing for a miracle and he was willing to do his part in the natural to produce the supernatural.  Sometimes I think we just sit around asking for a miracle and we don’t get it because we aren’t willing to do our part in the natural.  But when we listen to what God says and do it, we will see the supernatural in our lives!

So, Elisha throws the salt into the bad water.  But he takes it one step further and speaks to it!  He says, “This is what the Lord says…” (v.21).  So, he did the act and he spoke the Word.  And the water has been pure ever since.

How do I know?  Because I’ve been to Jericho!  And when I was there I said, “I want to go to Elisha’s Springs!” So, we went and I drank the water.  And I’m telling you, that water is so sweet!  After more than 2,500 years, the miracle is still working!

I believe that when we look to God, He will tell us an act to do.  And that act of faith will release the power of God to activate the miracle that needs to happen.  But whatever act God calls you to do, remember to speak your faith with it.  Act and speak the Word of God says!

Jesus, I declare that You have the power to purify whatever is cursed in my life.  Show me an act of faith so that I can do my part to activate the supernatural in my life.