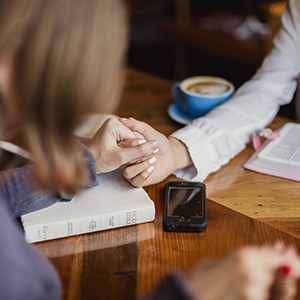 When the turn came for Esther (the young woman Mordecai had adopted the daughter of his uncle Abihail) to go to the king, she asked for nothing other than what Hegai, the king’s eunuch who was in charge of the harem, suggested.  And Esther won the favor of everyone who saw her. – (Esther 2:15)

The book of Esther opens with a wife who refused to submit to her husband.  Queen Vashti refused to appear before her husband’s male guests, and the king divorced her for it.  Then a “beauty pageant” of sorts is held to find the next queen.  Enter Esther.

Esther had great favor in the sight of all the people who saw her.  But what did she do to earn that favor?  She asked the eunuch who was in charge of all the women what she should wear.  She didn’t dress seductive or assume she knew exactly what the king would like.  She humbled herself and submitted to the instruction of the one who knew the king best.  And when she went in before the king, he took her as his wife.  Wow!

Favor comes to us when we humble ourselves and submit to the Lord’s instructions.  When we are operating out of our carnal man, we can think we know best.  But the Bible never says that arrogance brings favor.  In fact, just the opposite!

In the same way, you who are younger, submit yourselves to your elders.  All of you, clothe yourselves with humility toward one another, because, “God opposes the proud but shows favor to the humble.” Humble yourselves, therefore, under God’s mighty hand, that he may lift you up in due time. I Peter 5:5-6

Jesus, I declare that favor is a gift only You can bestow.  Show me where I need to practice humility and submission in my life so I can bring You glory.